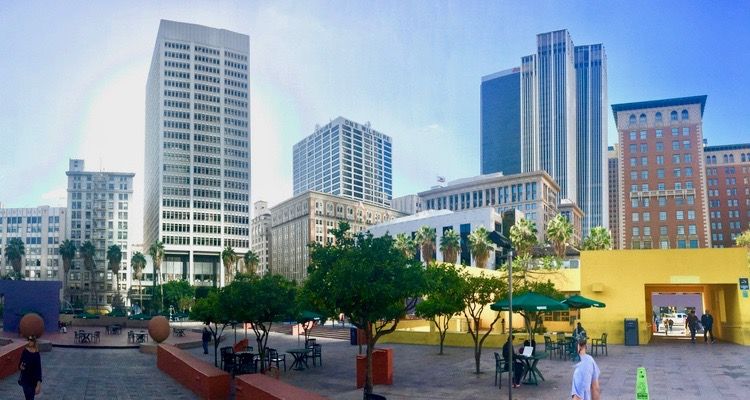 ViewPoint Government Solutions is excited to announce the opening of their new Los Angeles office. This move is a reflection of their continued growth in the govtech field of online permitting as well as the hotbed of forward-thinking governments in California and on the West Coast.

As governments aim to increase transparency, economic development, internal efficiency, and positive community relationships, ViewPoint Cloud—an all-in-one citizen service platform—has emerged as a new industry standard. With the pervasiveness of modern consumer technology, it’s more important than ever that governments are able to provide intuitive, customer-friendly interactions that engage and encourage their constituents.

“Formalizing our presence with a Los Angeles office was a natural step,” says Nasser Hajo, ViewPoint CEO. “All of the effort that’s gone into developing ViewPoint Cloud to be at this level is a direct response to the kind of progressive governments we see in this region who are really seeking powerful, intuitive technology like ours. Our governments and the public don’t deserve ‘good enough’ – they deserve innovation that challenges the status quo. That’s what ViewPoint brings.”

While the Los Angeles office is a new venture, finding success in Southern California is not. Lomita, CA was an early West Coast adopter who found almost immediate gains in productivity, accessibility, and digital transformation by transitioning from a paper-based permitting process to ViewPoint Cloud. Lomita’s Community Development Department was able to launch their public-facing permitting portal in just a few months, and the City plans to bring additional departments onto ViewPoint Cloud in the coming year.

Larger cities in the region, including Los Angeles and Long Beach, have shown a growing focus on user-friendly services with educational citizen platforms like small business portals.

ViewPoint Cloud takes this an important step further by fully integrating online applications with backend processing. The newest version of their platform, ViewPoint Cloud3, includes new features such as Smart Projects, which allows governments to organize the permitting process into intuitive projects like ‘Open a Restaurant’ or ‘Register a Short-Term Rental’.

It’s not just ViewPoint’s design-oriented, user-centric product that drives success. The company’s own forward-thinking mentality and genuine customer support come through in their agile methodology and innovative development. ViewPoint Cloud’s tools provide a service to constituents, but they also improve the lives of the government officials.

“I use every major ViewPoint Cloud update as an opportunity to make adjustments to our processes, trying to make things more efficient and less confusing for users,” says Kamille Parks, Lomita’s City Planning Intern. “I’m often submitting requests to the ViewPoint support team, and every time I say something they are friendly and supportive. We really feel that we’ve been listened to.”

ViewPoint partners with Microsoft Azure Government to deliver a cloud platform built upon the foundational principles of security, privacy & control, compliance, and transparency. Public Sector entities receive a physically isolated instance of Microsoft Azure that employs world-class security and compliance services critical to U.S. government for all systems and applications built on its architecture.