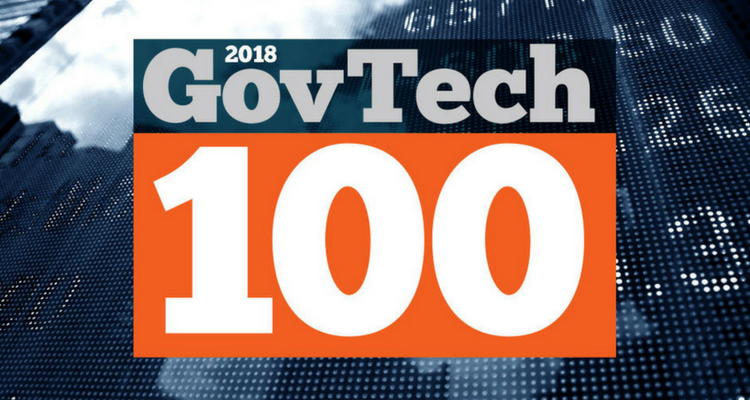 For the third year in a row, ViewPoint has been recognized as a leader in civic innovation by Government Technology in their annual GovTech100 list. The GovTech100 showcases the 100 leading companies focused on improving the state of government technology

By nature governments are built to be foundations—stable, routine, and secure. They are necessary, but it’s no secret this can leave them slow to respond to their changing environments. Conventional wisdom has long warned private sector investment and software companies to steer clear of government bureaucracy.

In reality, the game is changing fast. Government technology, or “GovTech”, is a rapidly growing industry of tech companies serving the public sector. With over $1 billion in private capital investment into a $180 billion government IT market, more and more people are starting to pay attention to how GovTech is revolutionizing the way we work across sectors.

In 2016, the magazine Government Technology and parent company e.Republic Labs put together the first comprehensive list of “the leading 100 companies focused on government as a customer.” They were chosen for having “developed an innovative or disruptive offering to improve or transform government, or having created new models for delivering services.” ViewPoint and the other companies listed were honored for their ingenuity in smart infrastructure, civic tech, administration, and service delivery.

The companies listed, “reflecting hundreds of hours of work” in the vetting process, collectively cap at just over $1 billion in investment. They are the mission-driven private sector at work. As Government Technology writes, “In the absence of unicorns [startups securing over $1 billion in private investment], scrappy GovTech companies are eschewing mythical imagery in favor of focusing on the work, solving real problems close to the ground and extending the reach of government agencies — all with the potential of having an outsized impact in creating meaningful change in the communities they serve.”

The list comes as many local and state governments are returning to pre-recession revenue levels, and as citizens expect more tech-savvy governments. The growing GovTech industry is giving governments increasing opportunities to be proactive, and even help shape the tools being designed for them.

Having empowered local governments to simplify and digitize their permitting and licensing processes since 1995, ViewPoint is proud to stand among these 100 leaders. More importantly, ViewPoint is excited and ready to continue contributing as the GovTech revolution unfolds.