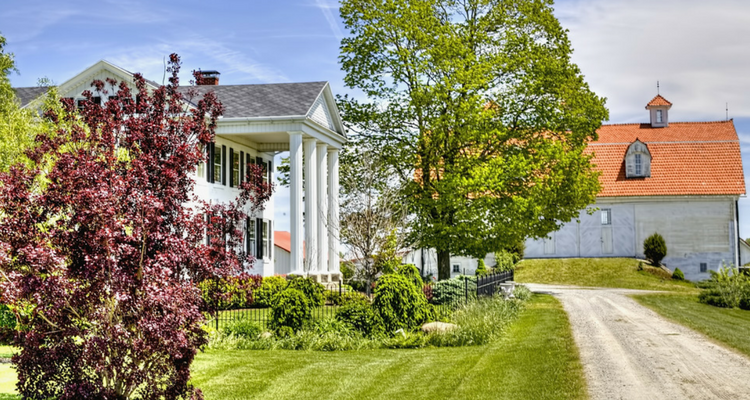 Over a hundred years old and situated next to Ohio State University, the community of Upper Arlington, Ohio has seen recent rises in property values spurring new development, and in turn, permitting and licensing requests.

Joining the team a few years ago, Assistant City Manager Dan Ralley found himself overseeing the Community Development Department, responsible for handling the influx of permit requests. The department’s hardworking staff quickly made it clear they were unhappy with their old software system.

“The software they were using is a large enterprise software package that integrates well with our financial management and has other modules, but unfortunately it doesn’t do permitting very well. And our staff was feeling the brunt of that,” explains Ralley.

Having an IT background, he was familiar with the software landscape, and set out in search of new options. After looking at a variety of vendors and going through an RFP process, he quickly differentiated cloud-based software from traditional client-server vendors.

Ralley found that traditional client-server (i.e. non-cloud based) software vendors had to ‘bootstrap’ features like customer portals and mobile apps onto an existing product, causing quirks in the functionality. Additionally, the nature of client-server models meant “these companies oftentimes have a lot of customers that are still on legacy versions, so it takes a lot to maintain and support those customers.”

An hour northeast of Upper Arlington, Chief Innovation Officer Paul Leedham and his team in the City of Hudson, Ohio were having similar frustrations with their legacy permitting software.

Being a city that’s always asking itself how to improve, Hudson’s Community Development Department embarked on a continuous improvement process using the Lean Six Sigma model. Mapping out their processes, they realized their legacy product could no longer provide the level of functionality they needed to provide top-notch service.

“I tried to stress to our legacy providers, unless they take some serious strides in the near future, they’re going to get left in the dust,” says Leedham. “Especially for folks that are self-assessing what they’re using.”

In many cases, these client-server products built with older technology are also much more expensive.

“Every time I see discussion online about municipalities looking at expensive custom software, I have a little cringe, because I think there’s so much flexibility in cloud-based software,” explains Ralley. “There’s a tendency for us to think we need highly customized software and oftentimes that’s not the case. We can often find things out there that will improve what we’re able to do at a greatly reduced cost from software that was available to us 10, 15, or 20 years ago.”

The cloud-based software options being offered by smaller, more nimble companies, were not only significantly cheaper, but they also provided the solutions these forward-thinking communities were seeking.

Upper Arlington needed a software solution that would allow them to submit digital reports from the field–for example, the building inspection reports that were being filled out by hand, brought back to the office, and manually entered into their backend system. “We wanted all that to happen out in the field, and shared not only with us, but with the customer electronically. And a cloud-based system allows all of that to happen very, very easily,” says Ralley.

While the software’s functionality was critical, Hudson and Upper Arlington also emphasized the quality of the customer experience.

After an exhaustive search, Leedham and his team in Hudson narrowed the field to seven or eight vendors. With an emphasis on citizen service, they were looking for a product with 1) an intuitive, public-facing portal, 2) the ability to process online credit card payments, and 3) a user-friendly system that was easy to administer internally.

“Without a doubt ViewPoint came to the top of the list on all three of those,” says Leedham. “It was almost a no-brainer choice.”

Less than two hours away in the City of Wooster, Ohio, Chief Building Official Tim Monea and Director of Planning and Zoning Andrew Dutton had undertaken the same process the year before.

Priding themselves on providing high-quality customer service in a business-friendly community, Monea and Dutton had also wanted a software solution with a fully integrated citizen-facing portal and backend database.

“We wanted to get away from backend-only software. For us, it’s always what works for the customer,” explains Dutton. Several months after selecting ViewPoint, Wooster launched ePermitting with ViewPoint Cloud, optimizing their storefront template into an organized, user-friendly permitting portal.

“More often than not, what you see on a typical local government website is all the permits listed out, which is a huge step just to get them online,” says Ralley. “But they’re organized by the department that’s doing the backend processing, not by how the customer would think to find that information. As a local government entity we need to provide a good customer experience, not just for the plumber who submits a 100 permits a year, but also for the average resident who may be navigating the system for the first time.”

Seeing Wooster’s success inspired confidence in Upper Arlington. Before pulling the trigger with ViewPoint, Ralley asked the folks in Wooster if they would have changed anything in their contract. The response?

“They said they had purchased a number of forms to be set up by ViewPoint staff, but they found that after one form they didn’t need that service,” says Ralley. “That in fact, ViewPoint is simple enough that they were able to do it themselves.”

Like Wooster, Upper Arlington tested ViewPoint Cloud in a “pilot environment”, and were equally pleased to find how easy it was to create new forms and workflows. “The initial win we saw almost immediately was as we were setting up forms, they became about half the length they were before,” says Ralley. “The number of fields declines significantly, and as a result it becomes a much better applicant experience.”

Leedham and his team in Hudson were also able to hit the ground running using the software’s easy drag-and-drop interface.

“The software has been so easy to configure in comparison with our legacy system, which was very cumbersome,” says Leedham. “With the drag-and-drop design of ViewPoint Cloud it’s so easy to make workflows. It’s just more advanced technology. The toolsets that are available now in comparison with the the technology that was developed 10 years ago–it’s night and day difference.”

These Ohio communities also saw the opportunity to provide better digital feedback to their citizens while lightening their internal workload.

“There’s a visual feedback mechanism built into the software that allows customers to see exactly who’s reviewing their permit, how long it’s been, and how much longer it might be,” explains Ralley. “We’re very excited about that, because a lot of our daily workload is phone calls for people to set up an inspection or inquire about the status of their permit. We think the nature of our work is going to change significantly when implementing this new product.”

With the recent additions of the cities of Fairfield and Bexley, ViewPoint Cloud now powers online permitting, licensing, and code enforcement in five Ohio communities. Not only can residents and businesses use the same login to do permitting in any of these communities, but city staff can also share and compare forms, workflows, and analytics. This is the type of efficiency and collaboration we hope to see from forward-thinking municipalities in Ohio and all across the country.