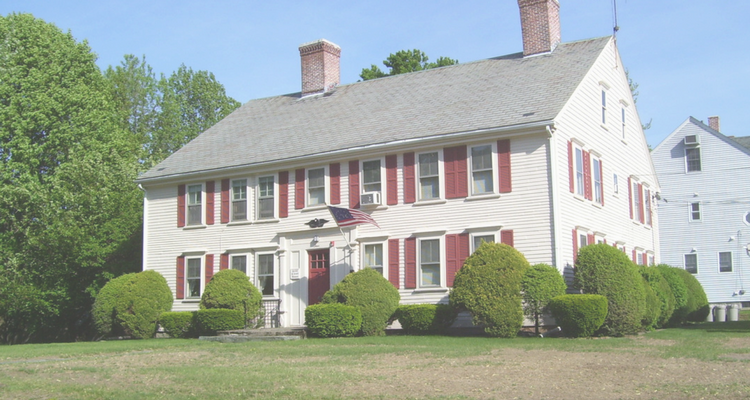 North Smithfield’s Building Department knew they needed a modern ePermitting system. Their old paper permitting and manual data entry were no longer efficient enough to keep up with the rising bar of local government citizen service. Ready to join Rhode Island’s statewide partnership with ViewPoint Cloud, they were still nervous about the time it would take to get the software up and running. But thanks to a little preparation, a user-friendly software design, and ViewPoint Cloud’s proven implementation process, North Smithfield launched their new ePermitting platform in just 30 days.

A quiet community close to Rhode Island’s northern border, North Smithfield has a population of just over 12,000 residents. They are part of Rhode Island’s statewide ePermitting initiative–the first of it’s kind to implement the same permitting software in state and local levels at the same time.

Local government officials who have been through new software implementation know it can be a frustrating process. Migrating data and training employees can mean disruption for the office and falling behind on work. Some software even requires hiring coders, taking months or even years to install.

For North Smithfield, the entire purpose of ePermitting software was to make their processes more efficient. They needed something that wouldn’t weigh them down with a long, complicated setup.

All the pieces fell into place with ViewPoint Cloud. Rhode Island’s statewide initiative with VPC meant training and form creation could be repeated seamlessly from community to community.

“My experience working with the team has been very positive. The support and openness to hear our proposals has always been there, and they deliver on their promises for addressing issues and building additional functionality,” says Selleck.

After one month, North Smithfield citizens can apply for permits online with ViewPoint Cloud

After just one month, North Smithfield’s Building Department was accepting online applications for permits and licenses. Through ViewPoint Cloud’s storefront platform, the public can now visit their website and apply from home, or apply on a computer in the Building Department Office.

The new system was quickly approved by the North Smithfield Town Council, who see how ViewPoint Cloud will make citizen services more efficient, accurate, and user-friendly.

“Ultimately the value of [ViewPoint Cloud] is in the accuracy of recording, the timeliness of being able to identify what information we have or we don’t have. Personally I think this is going to save a whole lot of time when it comes to recording [and] tracking.”

In the first week after going live the Building Department had already received 31 online applications–keeping up with their regular intake and speeding up their review and approval processes.

“I don’t think it’s overstating the reality to say that this implementation should be a model not only for permitting implementation, but for technology as a whole in a collaborative nature among different levels of government.”

“North Smithfield’s implementation went smoothly, in part, because their staff was very eager to use the new system and was available to train in a short amount of time. Additionally, they worked off the Rhode Island state template to build their forms and issued permits, streamlining the configuration process for everyone.”

Through Rhode Island’s Statewide ePermitting Initiative, North Smithfield and communities across Rhode Island are showing their commitment to outstanding public service. They know that 21st century citizen service means world-class technology that makes government more efficient and accessible to the public. ViewPoint Cloud is proud to partner with local government leaders like North Smithfield, who are setting an example for government innovation across the country.