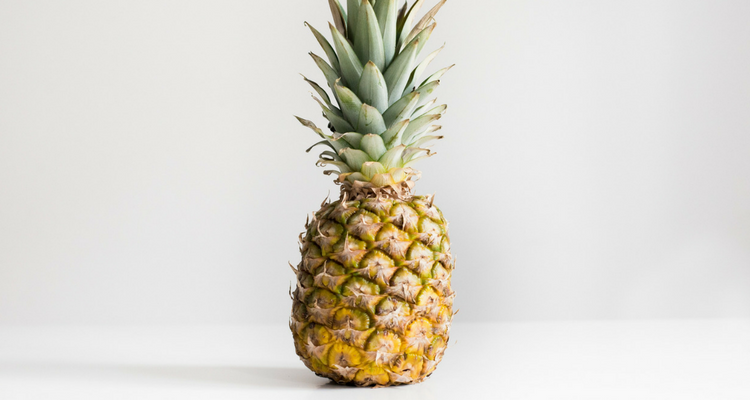 Why ePermitting is ‘Low-Hanging Fruit’ for Improving Citizen Service

You read that right – we’re a permitting solution referring to ePermitting as “low-hanging fruit”. Why? Because when it comes to high-impact, measurable, and scalable improvements to your municipality’s digital presence, ePermitting is like training wheels. Whether you’re a team of one managing countless moving parts, or a local government who hasn’t yet heavily invested in your online presence, it’s time to consider ePermitting. It’s time to consider giving a little, in return for a lot.

We’ve helped over 145 communities implement ePermitting, from villages to statewide initiatives. With an average implementation time of 60 to 90 days, we’re confident that no community is too small or too resource-strapped to make the switch from paper processing to ePermitting.

With this in mind, let’s take a look at just a few of the many reasons why introducing an ePermitting solution to your digital citizen services can be a great place to start, for communities of all sizes looking to modernize their processes.

When Jamie Hellen, Deputy Town Administrator of Franklin, MA, started thinking about the most effective ways to improve citizen service, he arrived at a simple question: “What’s the easiest way to touch the most lives in a cost-efficient manner?”

“We have about 10,000 households in town give or take, and almost half of them have a dog. So when you’re looking for common denominators, and getting the most bang for your buck, you need to think about what’s going to affect the most people,” said Hellen, who started with the Town in January of 2016. “When we started looking at the issue, we realized that ePermitting is one of those things.”

Although the majority of City Hall transactions are for a community’s “power users”—i.e. contractors, prospective business owners, etc.—even the least involved citizens will eventually need to do business with their local government. Hellen realized that over a five- or ten-year span, an ePermitting solution would make the biggest impact on the most people.

On the flip side, simplifying permitting and licensing for regular users is a no-brainer. For the business and development community, ePermitting can mean starting a project several weeks earlier without ever having to make a trip to City Hall. “That’s the kind of efficiency and brand we want,” explained Hellen. “The ability to save people time and hassle is where the rubber meets the road in changing the paradigm of what government does.”

Boosting Efficiency Across the Board

An ePermitting solution means greater efficiency for both citizens and government. By simplifying a time-consuming (but otherwise routine) process, all stakeholders have more time for what’s most important in their day-to-day lives.

Citizens applying for a parking permit no longer have to find time during the workday to wait in line. Contractors are spending more time in the field, and less time navigating City Hall. Code violators are avoiding the frustration of paying tickets in person, and employees are equally as happy to process these functions virtually.

Before ePermitting, the Town Clerk’s office in Franklin sent out 5,000 paper dog licensing forms with the annual census, manually entering the handwritten responses into their database. With ePermitting, the office will now save precious days and dollars that can be allocated to higher-priority projects. Ultimately, there are winners across the board.

For many communities, implementing ePermitting means more than just the ability to process permits online. Orange, Connecticut’s Fire Marshal Tim Smith found that taking the time to examine their internal processes meant they were able to consolidate permit forms and workflows. “We looked at all of our permits that needed to be updated, and ones that were completely obsolete. Some of them were eliminated and some combined into one. We really streamlined our whole permit process when implementing ViewPoint Cloud,” said Smith.

In addition to greater form consolidation, ePermitting facilitates better communication between departments. In Orange, better communication and interdepartmental workflows meant more revenue. “Now, for instance, if someone owes back taxes, they can’t get their building permit until they pay their back taxes,” explained Smith. “We’re seeing a big increase in revenue, especially outstanding revenue, because of that.”

Many of our customers have seen these kinds of unexpected returns on investment, because implementing an ePermitting solution has a waterfall effect—making one operation more efficient leads to more and more opportunities for improvement.

The future of government technology is about creating ecosystems of connected technologies. ePermitting is a smart investment, in part, because it’s easy to scale across many departments and even across connected municipalities.

A little over a year ago, we launched a statewide initiative in Rhode Island to bring ePermitting to citizens at both the state and local level via a state-level pilot project. Sharing the implementation load means smaller communities have gained unprecedented access to new technology, while residents and businesses can use the same ePermitting system across several state and local agencies.

Though some smaller communities may feel like virtualizing these processes is beyond their scope, we have found that the right software can scale to any sized community. And with state and local IT spending set to outpace federal in the following two years, many local governments are looking to modernize or get left behind by their peers.

Above all else, the beauty of ePermitting is in its simplicity. It represents an opportunity for government officials to test and demonstrate the efficacy of software solutions in their community without having to digitize their entire process right away. By starting small and identifying areas where their efforts could have the most impact, Hellen and his team in Franklin, MA were able to test the waters before diving in head-first. “I want to use some of the initiatives and pilots we’re doing with ePermitting, and analyze them over the next year, then think of ways we can better utilize these tools.”

As Lea Deesing, Riverside, California’s Chief Innovation Officer explained in our recent Year of the Citizen webinar, “success in smaller IT projects can be used as leverage for future, larger investments.” After their initial ePermitting pilot project, the Town of Franklin hopes to do just that. “Our hope is that if everything works out with [ViewPoint Cloud], and the staff, city council, elected officials and residents are all happy, then we’ll move towards liquor licensing, building inspections, etc. and slowly expand year after year,” said Hellen. “And eventually, the long-term goal is to have a fully operational online store for all of our citizens.”

This type of agile implementation—or taking projects in bite-sized chunks and improving as you go—is the new standard for government IT projects. This approach saves money, saves on implementation costs, and avoids some of the major pitfalls of launching all parts of a major initiative at the same time.

Implementing software doesn’t need to be hard nor does it require massive disruption to day-to-day operations. If you’ve caught yourself asking the question, “How can I make my job easier while also improving the citizen experience?” then it’s time to consider ePermitting. Online permitting improves internal operations across departments, and provides a new standard of service for contractors and community members. It’s a highly measurable and scalable solution that pays dividends, often even unforeseen ones. Take the first step towards a digital solution for your community. Don’t worry, we’re here to help.