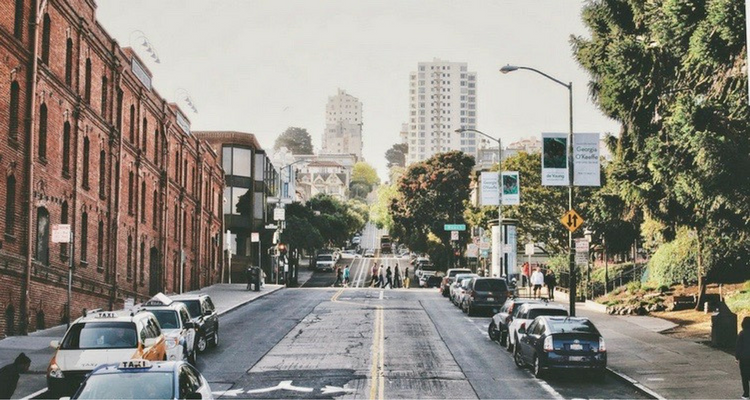 As a federalist political system, the U.S. is an ongoing experiment in governance, with many states larger than entire countries. Report authors identified the shift in power from federal to state governments as a catalyst for focusing on individual state efficacy.

“In a union such as this, each state has something to learn from the others,” writes Mark Silva, Assistant Managing Editor for U.S. News and World Report. “Some have better health care, some better education, some more economic opportunity for their citizenry. Drawing any comparisons should be more than a matter of bragging rights. It requires clear-eyed measures to make real judgments.”

In collaboration with consulting firm McKinsey and Company, the Best States project combines public and proprietary data to rank states across 68 metrics in the 7 categories listed below.

Researchers used results from a 2016 national citizen survey conducted by McKinsey to weight various categories in the overall state ranking. For example, at 18 percent of states’ overall score, healthcare was weighted the most heavily as survey results indicate this to be citizens’ highest priority.

While the overall “best states” rankings may be enticing, they can also be deceiving as many states do well in some areas and poorly in others. The data portal allows users to move beyond these broad brushstrokes and identify more specific areas of progress and of need.

The results challenge traditional notions of “high-performing” states like California, Texas, and Florida, which typically get high marks because of their large economies, but fell in the middle of the pack in this analysis (23rd, 24th, 38th respectively).

For those interested in government technology, the report measured state performance across three different metrics:

Government Digitalization accounted for 17 percent of states’ “government” score. This metric was evaluated based on the results of the Digital States Survey 2016, led by the Center for Digital Government, a subsidiary of media group e.Republic.

Conducted every two years, the survey measures states’ “use of technology to improve service delivery, increase capacity, streamline operations, and reach policy goals and assigns each state a grade based on quantifiable results.”

The results are encouraging, showing incremental progress and a general trend of prioritizing technological innovation on statewide agendas. Since the 2014 survey, grades improved in 17 states, declined in 10, and remained the same in 23. In 2016, no states earned below a C-, and more states than ever before received an A or A-.

At the top of the pack were Michigan, Missouri, Ohio, Utah and Virginia, exhibiting focus on trends like “cybersecurity, shared services, cloud computing, IT staffing, budgeting and use of data.”

Leaders across these states expressed specific factors that have led to their technological transformations:

Ohio is one example of these factors coming together over the past several years, the results of which finally tipped them into the “A” column. Part of this transformation came from reversing the spending calculus—from 80 percent of the state’s IT budget on maintaining infrastructure to 50/50 between infrastructure and service-oriented software.

With the ultimate goal of 30 percent IT spending on infrastructure and operations, Ohio has realized that investments into new technology like cloud-storage and SaaS (as well as analysis of redundant processes) actually leads to cost savings. Their consolidation lowered IT infrastructure costs from $26 million in 2014 to $5 million in 2015.

The report also measured states’ internet access through two metrics: 1) download speed for broadband and 2) the percentage of households with broadband internet. Combined these two metrics accounted for a third of states’ “infrastructure” rankings.

“This metric measures the percentage of households with a broadband internet subscription among households with a computer. In the U.S., 81 percent of the population had access to the internet in the 2015 Census. The 10 states with the least internet access were all in the Southeast and Southwest, and the No. 50 state was Mississippi, which also ranked 49th overall. Only two in three Mississippi residents had access to the internet, while 88 percent of residents in Washington and New Hampshire had broadband internet subscriptions.”

“This metric evaluates the percentage of state populations with a download speed greater than 100 megabits per second in 2014. Though Rhode Island, Massachusetts and Connecticut were all in the top five Best States for download speeds, some of the states with the slowest download speeds were also in New England: Vermont and Maine both ranked in the bottom 10. In Hawaii and Wyoming, only 1 percent of the population had access to a download speed greater than 100 mbps. The Southwest had the slowest internet, with more than half of households below the threshold, while New England had the fastest. In that region, 84 percent of state citizens had an internet connection faster than 100 megabits per second.”

To many, quality internet might seem like a basic requirement of modern life, however these metrics highlight the important reality that many Americans still lack this access. This not only stagnates economic growth and precludes individuals from employment opportunities, it also means citizens don’t have equal access to increasingly digitized government services.

Ohio’s Connect Ohio is one example project working to help close this digital divide by providing broadband access to many rural areas in the state. Stu Johnson, one of the project’s leaders, emphasized the importance of broadband access in contributing to educational and economic development outcomes.

“If you talk to economic developers, they will tell you that a commercial enterprise won’t look at a location until they’ve already determined the broadband capabilities and the broadband skills of the potential employees,” Johnson told Columbus Business First.

Learning from the Sandbox

Too often data—particularly ‘ranking data’—can sit on the shelf only to be pulled out for political showmanship. However, U.S. News & World Report project leaders expressed their hope that the increased transparency from this data will inspire state leaders into action. The project certainly gives governments more information to make smart, informed choices—reflecting, improving through iterative processes, and collaborating with their neighbors in this nation of experimental sandboxes.