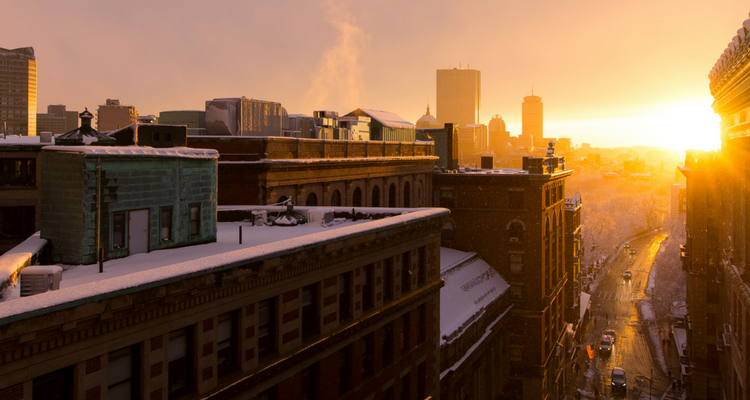 CityAwake Delegates is a nine-month program that strives to mobilize and empower young adults to become valued stakeholders in the civic dialogue of Greater Boston. Why? According to City Awake, “people between [the] ages of 21 and 39 years old – are ignored and overlooked when discussing the future of Greater Boston”. In an effort to change that fact, 500 delegates were chosen from countless nominations to educate and activate themselves with the help of City Awake and The Greater Boston Chamber of Commerce.

As an employee of a software company that is focused on creating more accessible and effective municipalities for both citizens and federal employees, plugging into this dialogue is important to me. I come from a background of tech, having worked at HubSpot and Intuit, but to be successful at a government software company, I need to better understand what it’s like to initiate change and action on a municipality level. Joining City Awake Delegates gave me that exact opportunity.

The group kicked off it’s nine-month program with an annual symposium called Our Convention at the Edward M. Kennedy Institute for the United States Senate. The event is intended to educate delegates and spark enthusiasm on particular topics before hands-on, actionable, and small group sessions begin.

The day-long conference was filled with sessions on a range of topics, including clean energy, recidivism, the opiate crisis, urban transportation, innovations in housing, and higher education. Amongst these targeted sessions, there were Fireside Chats with notable names including:

I entered the conference having no expectations and little understanding of what was going to happen, but I left with a much more informed stance on quite a few issues. A few aspects of the program thus far stood out to me and I want to highlight them for you to gain value from.

What can your municipality take away from City Awake Delegates program?

If you want to empower people in your community to make change, you must educate them on the issues first. City Awake did just that. I personally attended two fireside chats and the session on housing, and although the fireside chats were much more topical, the housing session was enlightening. Realizing how many stakeholders are involved in the discussion about housing was incredible. With the knowledge I gained from that session, I feel confident in joining a working session on fixing Boston’s housing issues.

Takeaway: Find ways to educate your city and be sure that those means are actually reaching the intended audience.

The program is centered around empowering young adults, of which there are countless different backgrounds and experiences that need to be represented if the change you seek is to be adopted successfully. Whether or not City Awake intentionally sought out a very diverse representation, looking around, every part of Greater Boston was accounted for. On top of that, there were multiple heritages, languages, races, and professional levels represented.

Takeaway: Strive to incorporate all backgrounds and lifestyles in conversations about policy and progress. Don’t leave people out who will be integral in the success of the programs that you implement.

Many past attempts at inciting change, including City Awake’s own program just last year, have simply brought people together for a single all-encompassing session, with little to no follow-up. City Awake changed the program to be an ongoing effort throughout a nine-month span of time. Our Convention was the kickoff and what will follow are single day and weekend-long working sessions for different subsets of the delegates to come together and create action plans.

Takeaway: Your program doesn’t need to address all of the issues your municipality is facing. Pick one or two and create a legitimate ongoing plan to bring stakeholders and the general population together to discuss and act on making change.

City Awake Delegates has been a program in the making for years and their newest plan is a test to enable and activate young adults in Greater Boston. All of our local governments could use input from all sides of the local population, but it’s on you and your team as a government employees to insight the change and create an avenue through which change can happen.

Does your local government invest in programs for change? Do you want it to? Leave a comment to let us know!

Read: Gov2020: Deloitte’s Look Into the Future of Government