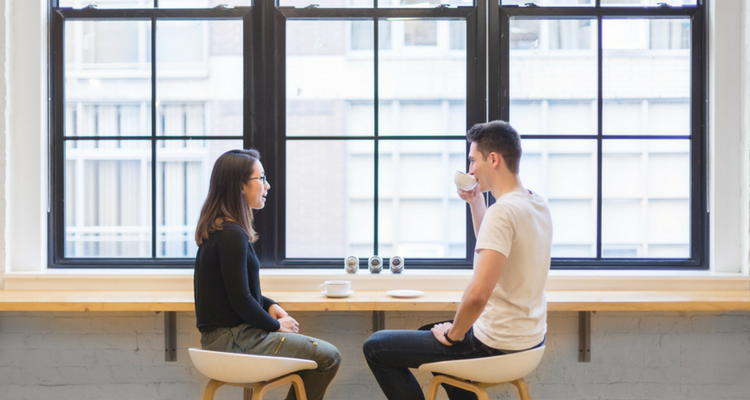 In 2013, Julia Gould took a summer internship with LAANE, a Los Angeles-based organization that advocates for workers’ rights. There she met Jeannine Pearce, a community organizer and former LAANE intern herself. Jeannine saw great potential in Julia, describing her as someone “who exemplified her passion and willingness to go above and beyond.”

Jeannine mentored Julia during her three months with LAANE, teaching her core fundamentals about community organizing and local government. But it was clear they were both learning from each other, and their relationship deepened through their work together. “It was really inspiring to get to work with her, because she always pushed as far as she could, she pushed us to have high standards,” says Jeannine.

They parted ways for a few years, but stayed in touch and remained friends. Flash forward to 2017, and Jeannine is now a Long Beach City Councilmember with Julia as her Legislative Deputy.

Julia and Jeannine’s relationship embodies the fluid, multi-dimensional mentoring models that have become popular with the rise of the Millennial workforce. It also shows the power of public sector mentorship to instill passion, pass on institutional knowledge, and bring new voices to the table.

The way we think about professional mentorship has rapidly expanded in the past several years. For decades, academia saw mentoring as experienced managers helping younger employees advance through career stages.

Now, seniority and formality are making way for new kinds of mentoring models. “Reverse mentoring”, for example, is when younger people mentor their elders, often around technology or social media. Social networks like LinkedIn and Twitter have helped give rise to “micro mentoring,” the idea that you can receive mentorship from many different people without long-standing relationships.

These, among many other new models, are translating a traditional form of teaching and connecting to new generations and modern workplaces.

For Jeannine and Julia, a non-hierarchical, friendship-based approach was a natural way to build their relationship.
“Successful mentoring relationships are built on trust,” says Jeannine. “It’s not me being a director to you. It’s asking each other’s opinions, learning together, and having a little bit of friend time.”

They also both share an openness toward connecting with new people. “I think people get caught up in the idea that I need to have one mentor, ‘my guardian angel’, but people can be mentors in so many small ways,” says Julia, “Don’t be afraid to just ask someone new for coffee and listen to their life story.”

Viewing mentorship in such a fluid way has allowed them to meet new mentors and maintain existing relationships without it becoming a stressful undertaking.

“Don’t think of mentorship as another thing you have to do. You do have time for mentorship, and mentors often benefit just as much as mentees,” says Jeannine. “Mentorship is both fulfilling and an important part of self-care. You step out of the stress and demands of normal life and take time to build relationships.”

Adopting new attitudes towards mentorship is particularly important for the public sector. Facing the rapid retirement of baby boomers, governments need to grow with the millennial workforce, and mentorship is key.

According to The 2016 Deloitte Millennial Survey, 63% of Millennials say their leadership skills are not being fully developed, and those intending to stay with their organization for more than five years are twice as likely to have a mentor (68%), than not (32%).

Through her experiences working with Jeannine, Julia has tangibly seen the development of her own skills. “Jeannine made sure that I learned the basics around community organizing, but once I did something a couple of times with her, she let me go off and try things on my own,” says Julia. “It’s scary to have that responsibility, but it’s also incredibly empowering. It told me that she respected and trusted me enough to help them in tangible ways.”

Mentorship also increases diversity in the public sector, helping bring new faces to the table. In their current roles in Long Beach’s city government, Julia and Jeannine rely on each other to maintain their confidence while working in a traditionally male-dominated arena.

“Seeing people like Jeannine be successful and push the envelope is incredibly important for me to understand my own power in the room,” says Julia.

Mentorship researchers Barry Bozeman and Mary Feeny see this increased diversity as specifically important to the public sector’s commitment to representing a diverse population. Unlike the private sector, government agencies are also much more interconnected, meaning the benefits of mentorship get reinvested back into the system.

As Jeannine’s Legislative Deputy, Julia is now mentoring other staff members who are new to local government. “I know trying new things can be intimidating for them,” says Julia. “But I just say go for it, try it out, we can talk about it together. That mentality came from Jeannine and others at LAANE, because they empowered me to try new things.”

Moving Beyond the Career Ladder

At its core, mentoring is simple. People come together to provide constructive support and learn from each other. But the modern evolution of mentorship across all sectors teaches us that the potential benefits go beyond moving “up a ladder.” The best kind of mentoring uncovers passions and encourages service.

New mentoring models also remind us that these relationships will come in all manner of forms, but the end result is the inspiration that comes from human connection.

“My work with Jeannine has instilled a lifelong passion for advocacy and community organizing,” says Julia. “Wherever I end up going, that love will be formative to my work.”