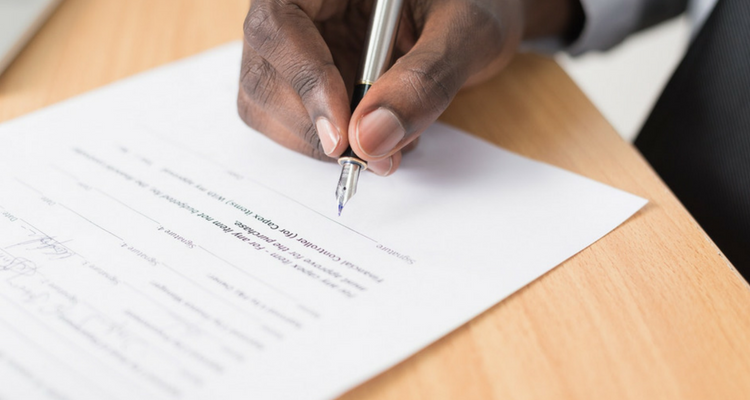 This article was authored by Mariam Pallathucheril and originally published on Engaging Local Government Leader’s website.

About Mariam Pallathucheril
Mariam is a summer research fellow at CoProcure and a current MPA/MPP candidate at Columbia University (SIPA) and the Hertie School of Governance concentrating in Economic Policy and Technology. She received her Bachelor’s degree in Economics and Government from Georgetown University.

Procurement is the way governments purchase goods and services from businesses. Governments use roughly 1 of every 3 budget dollars to buy things. With such large sums of money at stake, there’s obvious risk of abuse and corruption. Purchasing policies were created with good intentions: to ensure that government employees spend taxpayer money in a way that is ethical, fair and competitive, and accountable to the public.

A key theme that emerged in our interviews with over 200 local public procurement stakeholders is that policy, while well-intended, is one major source of pain for procurement teams, government staff, and vendors. What makes policy so painful for individuals in government and business trying to navigate procurement? And how can we address some of these policy challenges?

Procurement rules and regulations are often outdated. Antiquated regulations constrain purchases and can be especially cumbersome when it comes to buying things like software as a service. For example, Philadelphia is finally reforming their procurement regulations; the last time the City updated these rules was over 60 years ago, in 1951. This is not uncommon. As one Chief Information Officer of a large city shared, “procurement for technology falls under code that was written more than twenty years ago.” In interviews, we heard similar feedback from government staff and vendors about the pain of navigating rules that are decades old.

Although most procurement policy is well-intended, over time many policies have started to undermine the very objectives of fairness, competitiveness, and accountability they sought to protect. For instance, many local governments minimize risk by utilizing vendor requirements like bonding, minimum capital requirements, and insurance, which can be blockers for small, minority-owned, and local businesses. We spoke with smaller vendors that lamented the “fine print” of working with government. As one business shared: “By the time you’re done [getting through the process], it’s not worth it.” Policies that try to protect governments against risk often work against the government’s goals of promoting competition and fairness

Another challenge comes in the form of social legislation. Local governments will oftentimes require that vendors comply with social policies, like providing equal pay and health insurance to all employees. Some governments require specific certifications demonstrating compliance with these social policies, which place additional burdens of time and cost of compliance on vendors. Again, these policies are well-intended, but often work against a government’s goals of promoting small and local business engagement

Other policies may again be well-intended, but not necessarily achieve the goals they set out to achieve. For instance, San Francisco’s template Request for Proposals language specifies that “the City’s data, and the Contractor’s data center storing such data, must be located and remain in within the United States.” Rules like this one are intended to safeguard data, but may not reflect deep understanding of what is required to protect it. (Is data really “safe” just because it is stored in the United States? Not necessarily.) Other times, rules like these are sometimes created to ease compliance with federal-level regulations (for instance, federal requirements related to HIPPA data storage); but they may not be necessary in every case. Requirements like this one present barriers to entry for companies of all sizes; for instance, enterprise software companies like Stripe, Lever, and others create great products that could be relevant for local governments, but they are unlikely to adjust their data storage to accommodate government

While policy is an important lever for easing the pain of procurement, the people we talked with noted that policy change often feels out of reach: “‘it’s an awful big lift to change these regulations.”

The government staff we interviewed also spoke about avoiding policy reform. One procurement officer noted: “Bureaucrats will figure out a way to workaround [legislation] or make it work. But we bureaucrats aren’t incentivized to go and fix the underlying policy. Policy quickly becomes political, and a lot of bureaucrats would rather walk away from it.”

Second, even those cities we talked with that had an appetite for policy change expressed concern about their lack of capacity to generate new and improved rules. Staff were interested in making changes, but did not feel confident in designing the updates themselves and were wary of making things worse. (This worry has merit; policy change often has unintended consequences. To quote David Eaves: “Opening up procurement reform? There be Dragons.”)

To decrease the policy-related pains of procurement, governments should update, simplify, and standardize procurement policies. Governments can and should seek philanthropic and academic partners in this work, especially to add capacity in making sure policy changes have the intended consequences.

There are some bright spots already. A handful of local governments are working on procurement reform as part of the Living Cities Accelerator. These cities are especially focused on interventions that help small, local, and disadvantaged business enterprises access city business. Still other local governments have worked with Harvard University’s Government Performance Lab, which provides technical assistance on procurement projects and prompted cities like Little Rock, Arkansas to implement policy updates.

Other governments are starting to make small changes to policies that allow for increased flexibility. For instance, Boston and Palo Alto have raised their procurement thresholds to $50,000. (Procurement thresholds are the dollar amounts above which purchasing must be done via a formal competitive solicitation. The range of this threshold varies from jurisdiction to jurisdiction, but can be as low as a few thousand dollars.) This higher dollar threshold gives government staff more flexibility to test new technologies, such as software as a service subscriptions. While this flexibility is increases the ease of doing business with government, there are more radical and potentially impactful options ahead. Some ideas that have emerged from our conversations include:

Policy is just one of the three Ps that contributes to the pain government staff and vendors experience around purchasing. In the next series, we’ll explore the second category of pain: people